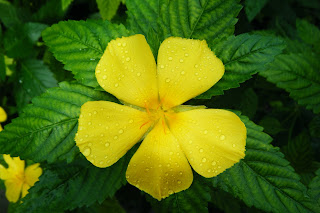 We are sailing to Tahiti. That has a nice ring to it, doesn't it? The winds are light but fair and we have said good-bye to the Tuamotus. They have lived up to my expectations. While planning this trip to the South Pacific, there were a couple of places that captured my imagination more than the rest. The deep blue lagoons of the Tuamotus offered me all the remoteness of location and pristine wildlife I had expected. We also ate our fair share of that pristine wildlife, specifically the lobster and the parrot fish! While hanging out with the locals and fellow cruising spear-fisherman, I think I captured parrot fish in every way possible, from throwing 9' long Tahitian spears, using beach seine nets, spearfishing while on snorkel, and of course, the machete fishing. 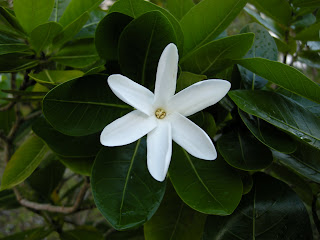 You may wonder why I picked on the parrot fish when there are so many tasty reef fish to choose from. Ciguatera poisoning is a toxin that affects reef fish in the tropics and is not unlike paralytic shell fish poisoning (red tide) which we have in Canada and Northwest US. This toxin is accumulated in the food chain when grazing fish eat coral that contains a toxic single-celled protozoan (dinoflagellate). This toxin can then be magnified up through the food chain as small and large predators in turn consume the toxic grazing fish. The toxin does not affect the fish but is very toxic to mammals and a dose can cause everything from stomach pain and diarrhea to paralysis and death in humans. We actually met one boat family that had spearfished on the wrong reef and got very sick to the point of needing IV morphine to deal with the pain.
We were fortunate to be able to share this place with many new and old friends and are looking forward to the Society Islands, which have been described by some of the cruisers ahead of us as being "the most beautiful place they have ever seen".